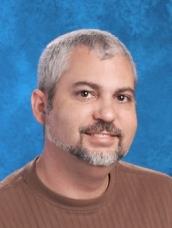 Mr. Chucci began teaching at GFMS in 2013. He earned his BS degree in Middle Grades Education at Toccoa Falls College, Toccoa Falls, Georgia, in 1997. In 2005, he earned his Masters degree in Middle Grades Education from Appalachian State University. During his 22 years in education Mr. Chucci has received his certifications in Middle Grades Mathematics and Science, as well as participated in the 2015 State Science Textbook Adoption Committee. He was also selected as the Granite Falls Middle School Bus Driver of the Year in 2018.

"If you choose the quick and easy path...You will become an agent of evil." Yoda