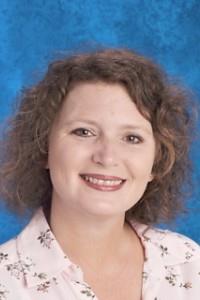 Attention:  For access to at home/online chorus assignments, please join the Chorus Google Classroom with the following codes:

Carla Reid graduated from Western Carolina University with a Bachelor of Arts degree in piano performance and a Master of Arts in Piano Pedagogy.  She has taught private piano lessons, led music activities at Yadkin Baptist Church, and has been teaching Chorus at William Lenoir Middle School since 2000.

Mrs. Reid was voted Teacher of the Year for William Lenoir Middle School in 2005-2006, and again in 2009-2010.  Her choruses have earned numerous superior ratings in performance sight singing at NC Large Ensemble Middle School Chorus Music Performance Adjudication.  Her choruses have consistently earned superlative scores including Grand Champion Awards at choral competitions such as Fiesta-Val Music Festival in Atlanta, GA.  Mrs. Reid’s chorus regularly participate in NCMEA middle School Choral activities including Honor’s Chorus and All State Chorus.  The William Lenoir Chorus performed at the NCMEA In-Service Conference in 2008 as a featured middle school choir.  Reid has served as an accompanist for the NC Middle School Honor’s Chorus, Caldwell County Choral programs and theater productions, and the Caldwell County All County Chorus, which she helped to form in 2005.  She has been an active adjudicator, a guest lecturer for Appalachian State University, and an All County Clinician.  She received the “Loving Lenoir” Ambassador Award in 2015, the Director’s Award for Distinction in Musical Excellence from the Fiesta-Val Music Festival in 2012, and she was nominated for a Music Educator Grammy Award in 2013.  In 2014, she was named the Richard Keasler NC Middle School Chorus Teacher of the Year.